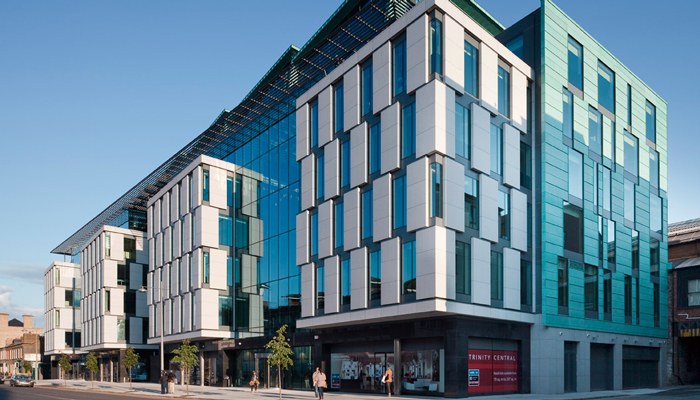 My name is Seán Maguire and I am currently a student at Trinity College Dublin studying applied Biomedical Science in the field of Human Health and Disease, and I have a diagnosis of Autism Spectrum Disorder.

I graduated from the University College Dublin through an access programme offered by the university for a level 6 Diploma Continuing Education which involved Science, Engineering, Agriculture and Medicine (SEAM). I never had a proper education beforehand since I dropped out of secondary level school when I was fourteen and had to be homeschooled. This gave me a lack of academic and social skills I could have learned if I stayed in second-level education, however, due to my disability at such a young age I couldn’t handle the number of people and social interaction. When I reached the age of eighteen, I realised that I needed to do something proper with my life and so I embarked and registered on a course with the Open College which is an online college who gives out educational packages for minor QQI certificates.  For my first cert, I was awarded a 94% Distinction in Anatomy and Physiology, and after successfully completing and being awarded that cert I felt some confidence within me that I never felt before in my life.  So after I completed the course I went ahead and registered with Geopace Allied Healthcare since I felt like I would be better suited in the field of the healthcare industry since I liked the idea of helping people. I studied Introduction to Phlebotomy which was a level 3 OCN Certificate and then furthered onto studying Advanced Phlebotomy and Cannulation.  After completing this I felt that since these are adult qualifications and also professional healthcare qualifications, I might just have the confidence to pursue a course in access to science. I never knew there was an access course until my sister showed me and that I did research on my own to know what exactly it was.

Going through everything and looking back at my accomplishments I applied for the access program then I was offered an interview later on which terrified me, but I built up the courage to attend the interview since I didn’t want to back down from my future. The access course was for one year part-time and had three lab sessions: one for Biology, Chemistry and Physics which was a lot of fun to attend.  The entire core of the course involved also Mathematics I & II, study skills, scientific enquiry and work experience which I was lucky enough to have complete in the Mater Misericordiae University Hospital. After I finished my access course, I was then offered to attend a graduation ceremony and when I got on stage and shook the hand of the president of the university and received my Diploma, it was a very momentous and proud feeling. I fully felt I could achieve third-level education.

When it came to deciding what course I wanted to choose in third-level education of course I decided I wanted to do Medicine and become a medical practitioner since I had an interest in the idea of being a leading role and strategist in the healthcare field as a professional. I felt as though I might not have been ready for Medicine in the beginning, I felt I should apply for a course in the biomedical field of science which I did but I also came across a course called Human Health and Disease. When I was interviewed for the course it was very intimidating but very worthwhile attending, there were eight doctors interviewing me and the head associate professor. And throughout the interview, they asked me several questions relating to past work experience, education, disability since I started it on my CAO which is very important, and I’d recommend any student to state it on the application.

This was just the beginning of a whole new world of transitioning.

I went to the orientation day just to make sure that I wasn’t lost in anything such as buildings, timetables etc, then we had a great speech by the Senior Tutor. But during my time there I felt really out of place, it seemed like everyone else knew each other from their previous second-level schools and there were a few mature students studying other courses, I was the only mature student in my first year of Applied Biomedical Science from what I found out when I met other students within the class. They were very friendly and nice, and many were international students, so it was interesting to know their backstory. But throughout the time they mainly stuck together in their own group, so I was on my own.

It was kind of difficult to acquire support at times due to my social anxiety and time restrictions of appointments because they would get booked up so quick. So I tried to roll with it without the support and it was the biggest mistake of my academic life. Studying in Trinity was hard at the beginning since I lacked any sort of study skills and plus it was hard for me to listen and understand due to my intellectual disability so I primarily re-read the slides and tried to memorise everything including tutorial sheet answers and questions. I think the most really depressing part of the course is when during labs my lab partner dropped out and I had no one to replace her with and I was left on my own to do both the practical and analytical writing which put so much stress and pressure on me.  and it ended up with me getting low grades.

I only lasted until February that is when I had enough and needed a break. Then I had a mental breakdown towards academic support which they referred me to the senior occupational therapist who then helped guide me through this ordeal where I met with him on several occasions and over the phone.  In the end, I told my therapist that I didn’t want to give up and so I went ahead with the medical repeat where I had my therapist speak on behalf to both the coordinator and head Professor of Human Health and Disease and to my assigned tutor. The main thing is now I feel I have a better chance and advantage over the new first-year since now I know how the university works now and what to prepare for and now since I’ve been coping well with my disability I’m able to enter into libraries without social fear and do side research on their computers but by august, I will have my own preparations I’ll have a new laptop and college equipment.

The main reason I wanted to attend a third level college is not because of some degree or getting a job after, it was to prove to others who have a disability that it is possible to achieve a higher education even for us who are disadvantaged and there is no way I’m giving up on obtaining that since I’m strong and I like a challenge even if obstacles get in the way. I know this year in 2020 I’ll have all the support I need and, in the end, when I reach that goal of graduating, I’m not going to stop I’m going to continue with my education and hopefully end up getting into graduate Medicine.